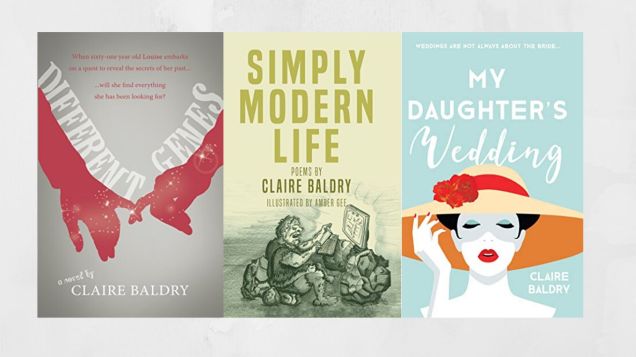 My Tuesday guest this week is novelist, and founder of Autumn Chickens, Claire Baldry.  Claire has come along today to share her journey ‘from Chicklit to Autumn Chickens’. Without further ado, over to Claire.

Thank you so much Patricia for inviting me to be your Tuesday guest. 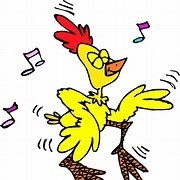 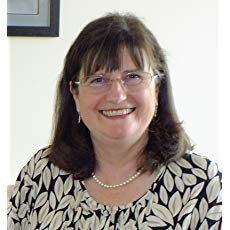 From Chicklit to Autumn Chickens

Sometimes we journey with purpose, with a clear direction, but sometimes we travel an uncertain route, passing places we learn to love, but did not aim for. My decision to create the Autumn Chickens website definitely fits in the second category. I had no plans to do it until I did it.

Turn back the clock to the year 2013. My father had recently passed away, my husband was poorly, and I found myself at home not coping well with my recent retirement. I began to amuse myself by composing light-hearted poetry. The health-giving properties of the writing process were instantly beneficial. Depression lifted and within a few months I had reinvented myself as an accredited speaker and performance poet. I even won the occasional award. My life felt enriched, and I suppose that should have been enough for me. But I always had a feeling, no doubt misguided, that I couldn’t possibly be considered a ‘real’ writer until I had written a novel. 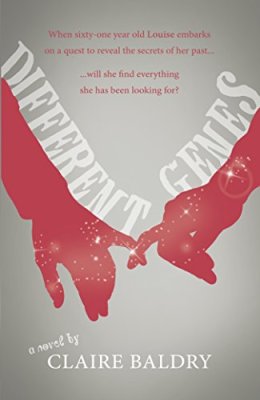 In 2017, I finally published the first of my two novels, an easy read romance with a bit of a twist, which featured characters in their sixties. It was called Different Genes which the publisher described as a tale of love in later life. I began to network with like-minded authors who also included ‘older’ protagonists in their work and to share their frustration, both as a reader and a writer, that themes of particular interest to people in mid-life and beyond had very little credibility in the traditional publishing world. Why indeed would they? Chick-lit genre books continued to sell so well, and commissioning editors tended to be about the same age as my daughter.  The message that ‘older’ readers often had more disposable time to read and more disposable income to buy books was simply not getting through.

A chance conversation about the issue motivated me to create the Facebook group ‘Books for Older Readers’ and soon after a website with the same name, now often shortened to BFOR. We teased out themes which might appeal to readers in mid-life and beyond and created eight shelves of books which fitted our criteria. There were newsletters, occasional giveaways, media coverage, and more recently a month long BLOGBLITZ of articles, interviews and excerpts. It was not always easy. The idea that the website was about increasing choice did not resonate with everyone. Some readers even accused me of dictating which books older readers should enjoy. Fame and fortune did not follow, but I am convinced that the website has continued to play a part in raising the profile of books with themes which are beyond ‘Chick-lit’.

Fast forward again to August 2019, only three months ago, when two unexpected events occurred to once again re-route my journey. Firstly, I discovered that the outdated software which supported the BFOR website was due to expire in 2020. Secondly an article in the BLOGBLITZ by BFOR group member Anne Stormont triggered a thought which push-started me into further action. I have always wanted to avoid stereotypes and emphasise that very many older people make a substantial contribution to society and continue to look forward to an active future. Anne described herself as an ‘Autumn Chicken’, and I instantly identified with the clever word play and humour. With Anne’s permission, I adopted the phrase and began to move the BFOR bookshelves to a new magazine style website called ‘Autumn Chickens’

Perhaps this is the point when I should mention that, for me, website design is an amateur hobby. I am still learning, but nevertheless pleased with the new site. It is already attracting ‘web-traffic’ and subscribers, and because it is ‘not for profit’ (yes, I am retired) there are no irritating adverts which pop up to distract the reader. If anyone (of any age) has time to glance at ‘Autumn Chickens’ I would love to receive your comments.

Well what a great article. Thank you, Claire. I ‘m already a member of ‘Autumn Chickens’ and I hope some of our readers will be too after reading this. However, first, let’s tell them a little more about you.

Former headteacher and English Advisor, Claire Baldry, lives on the East Sussex coast with her husband Chris. She has published five booklets of amusing poetry, an autobiographical novella and two novels. Claire has a very regular schedule of engagements as a speaker and light-hearted performance poet. She regularly fundraises for charity, and Claire and her husband were awarded the SE Diabetes UK fundraising Inspire Award in 2017. Claire is passionate about promoting books and poetry with protagonists and issues which appeal to readers in mid-life and beyond. She is the creator of the ‘Autumn Chickens’ website and has won two awards for her poetry from the Silver Surfers website. You can find out more about Claire’s writing by visiting her website.

You can purchase Claire’s books by clicking  on the following links.

You can find Claire on her website and social media via the following links.