It gives me great pleasure this week to welcome children’s author, Lynne Hallett, who I met last August at Swanwick Writers’ Summer School. Today Lynne has come along to Patricia’s Pen to discuss her writing journey. Without further ado, it’s over to Lynne. 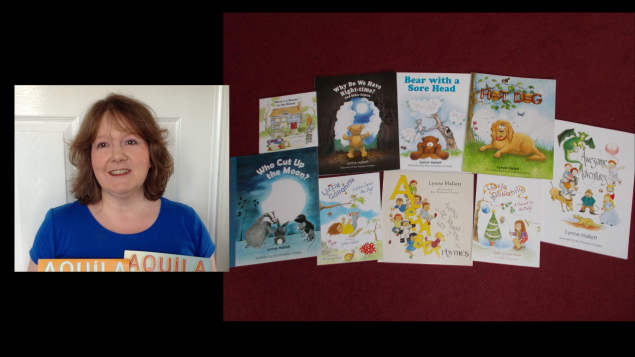 Unlike many writers, I didn’t always dream of being a writer. I wanted to be an English teacher and that’s indeed the route I took. However, while I date my true passion for writing to around 2007, when my youngest son was one and the eldest four, a recent sort out revealed that I have been writing on and off all my life.

That evening in August 2007 was a turning point for me. I had come downstairs from putting the children to bed and it was just like someone turned a light switch on. I spent between 7.00 pm and midnight writing my first rhyming children’s story, A Pup Called Paddy, which opened the floodgates for many more. I entered this story into a competition and while it was not placed, I was offered the opportunity to do a children’s writing course, which I accepted.

I found doing this course amazingly useful. I may be a teacher, but it is quite nice to be taught actually and I do love learning. Through completing the modules and receiving feedback, I developed my skills and went on to come second in an international competition with Who Cut Up the Moon?, a book I later independently published.

A surprise bequest allowed me to get some of my books out into the world, using Aspect Design, which is based in Malvern. I absolutely loved the process of seeing my writing come to life as my illustrator, Roz, produced pictures for the books and Dan, who works at Aspect, put everything together. The moment I held my first two books  – There’s a Mouse in the House and Awesome Adventures – it was not dissimilar to holding my sons when they were born. A lot of effort went into the

the production of both, though perhaps birthing the books was a little less painful! I went on to produce Who Cut Up the Moon?, Bear with a Sore Head, Hot Dog, Why Do We Have Night-time? and Other Stories, Alphabet Rhymes and two chapter books for girls, Lizzie Saves the Day and A Present for the Baby. The vast majority of my books rhyme and I attribute this mainly to my love of rhyme but also the belief that children really love rhyming tales when they are small. I was particularly fond of reading the works of Julia Donaldson and Lynley Dodd to my sons and felt very inspired by both authors.

I suppose the teacher in me comes out a little in my books. Alphabet Rhymes and There’s a Mouse in the House encourage children to learn their letters and numbers in a fun way. The other picture book stories are gentle or amusing, with subtle lessons embedded in them. In Who Cut Up the Moon? a mouse, who is very worried about seeing the moon shrinking, decides to try and find the missing piece or replace it with cheese, before learning about the moon’s cycles from a badger. Hot Dog surrounds a misunderstanding where a dog thinks he might end up on a barbecue and must get cool to avoid being eaten. Bear with a Sore Head shows how a grumpy, sleepy bear is brought out of hibernation and into the community by a persistent mouse. This book, in particular, has a lot of roaring and snoring in it, so great for children to join in with. Awesome Adventures is more an homage to Roald Dahl’s Revolting Rhymes, but great fun for slightly older children.

Alongside my children’s writing, I have also drafted two YA novels and have another two in progress. I took on the Writers’ Bureau Comprehensive Writing Course after finishing the Children’s Writing Course to learn about all types of writing, and began to have articles and short stories for women published by The People’s Friend after doing a few modules. I think my writing seems to have mirrored different stages in my life. I wrote picture books when my boys were little, but they are now 14 and 17. My writing for teens is inspired by them but also stories I’ve been told or observations I have made of the children I teach, who are 13-18 years old. The short stories and articles have fitted nicely into the smaller slots I have in the working week and I see the stories, in particular, as being great practice for writing longer women’s fiction in the future. I would love to write something set in the past, either in the war years or maybe in the Regency period, which is one of my favourites. There is so much to write and so little time!

Whatever I am writing and whoever I am writing for, I can say that it makes my heart sing and fills my soul with joy. There is a power within the written word to transform and heal and if I can make someone happy with what I have written, allow them to escape for a while or make them realise they are not alone, then I think that is a wonderful way to spend my life.

All my books are available on Amazon, both as hard copies (UK only) and Kindle versions. They can also be purchased via my website or via Aspect Design. Independent bookshops can also order them via Gardners.

What an interesting writing journey for Lynne Hallett. Let’s find out a little more about her. 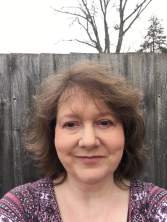 Lynne Hallett is an English and Drama teacher at Malvern College and author of children’s fiction and short stories for women. She has independently published nine books for children and writes for The People’s Friend. She hopes to write YA and women’s fiction in the future, possibly a Regency Romance, which would satisfy her love of the Regency period and Jane Austen, in particular. She lives with her husband and two sons in Malvern, Worcestershire. Alongside writing, she also enjoys reading, drawing and painting, knitting, walks and talks with friends, and going to the theatre.