Today’s challenger to write a story in less than 100 words is writer Marian Shalloe. Marian’s response comes in the form of Rainbow’s End which may be read below. 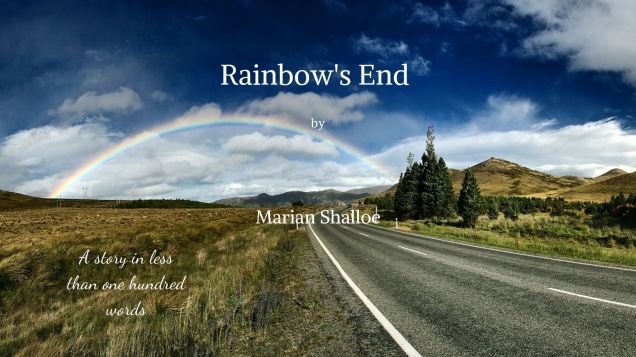 As a child I read fairy stories to escape the harsh reality of my existence, I believed in leprechauns who kept a pot of gold at the end of every rainbow in Ireland.

One summer on my uncle’s farm, I saw a beautiful rainbow stretch across the land and set off on an adventure alone over the lush green fields to follow it. Then the Irish rain came down hard, the rainbow disappeared and I became lost.

Eventually, when found, I was punished for running off and so at such a tender age any spontaneity was curtailed.

What a sad little story, Marian.