Please welcome my special guest, a very inspiring man, Roland Chesters, author of Ripples from the Edge of Life.  Roland has come on the blog today to share his article:-  What inspired me to write my book? But first, let’s find out a little more about him. 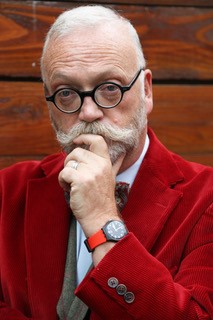 Roland Chesters was born in the north of England to an English father and French mother and has lived most of his life in London. He graduated from the Royal Holloway College with a degree in Modern Languages and after a variety of jobs joined the Foreign and Commonwealth Office as a language-testing specialist. Following a diagnosis of HIV and AIDS in 2006, he became a campaigner for disability rights. He is now a self-employed Disability Development Consultant and has his own company, Luminate.

Roland lives with his partner, Richard, in London and enjoys opera, classical music, theatre and fashion (his favourite item of clothing being a bright red corduroy suit). He fights boredom and normality with gusto, and says he is at his best when he’s made a positive impact on someone else’s life.

Ripples from the Edge of Life is Roland’s first (and only, according to him,) book.

Over to you Roland.

What inspired me to write my book?

As a young man I had spent many years living in shadows, hiding the truth, constructing a fragile network of semi-truths.  Because I am gay. I was afraid of how people would react if I shared that with them.

I was diagnosed with HIV/AIDS at the age of 46 and at the time of diagnosis, I was given two weeks to live.

It’s perhaps not surprising that something like that makes you evaluate what is important. And what’s not. And as two weeks extended into three and three into five and five into… many more it became clear to me that I was not prepared to crawl back into that semi-obscured subterranean world of subterfuge for whatever time was left in my life.

So I stood up and spoke out.  And unsurprisingly met with backlash. Hate. Anger. Fear.  Sometimes nicely gift-wrapped so that the sting was less vicious.  Sometimes blatant, open and intentionally hurtful.

As I engaged more and more with the HIV community in the UK I found that many chose to live in the world of subterfuge because they were concerned about the impact sharing information about their diagnosis would have on them – and on those they love.

Ripples is my attempt to start fracturing that circle.  Chipping away. Until that time – probably not in my lifetime – that a diagnosis of HIV/AIDS will be received in the same way as a diagnosis of cancer, or diabetes, or….or…..

My diagnosis has changed my life for the better.  And for that, I have nothing but gratitude.

Thank you for that great article, Roland. I’m sure our readers will agree that you are an inspiration and definitely have a story to tell. 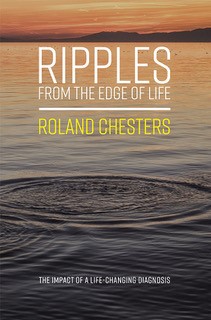 If you’d like to find out more about Roland’s journey, Ripples from the Edge of Life may be ordered from

You can find Roland on